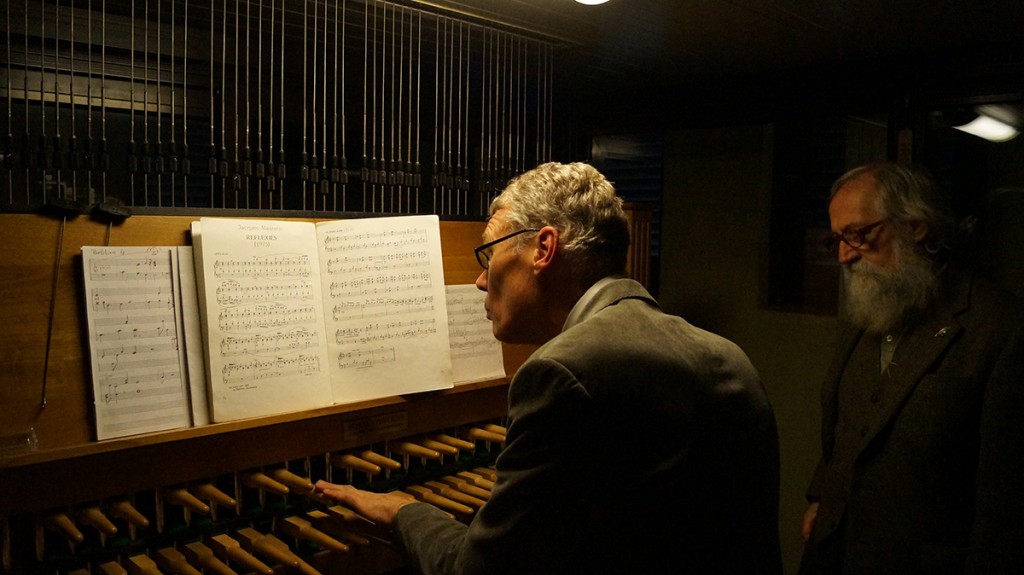 They will participate in the XXII Pažaislis Music Festival where first time four carillon music concerts “The Sounding Stories of the Bells” will take place in Vilnius, Kaunas and Šiauliai. World famous carillonist Auke de Boer, he was playing not only in Europe but also in USA and Japan, on 16th of June 2017 was playing the carillon in the Church of St. Philip and St. Jacob in Vilnius. Mr. Auke de Boer was playing compositions of Dutch early music, few compositions of Lithuanian artist and composer M.K. Čiurlionis (1875-1911) and modern composer from The Netherlands – Joseph Johannes Visser. This concert is a part of the Vilnius Culture Night 2017. 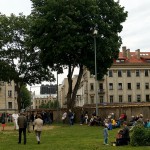 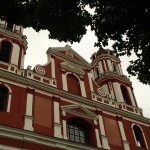 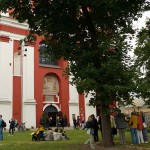 The Dutch ambassador H.E. Mr. Bert van der Lingen was participating in the concert in Vilnius. 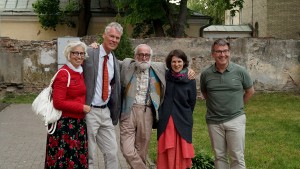 Maestro Auke de Boer adapted music of M.K. Čiurlionis for the carillons for playing it in XXII Pažaislis Music Festival. Also he is paying M.K. Čiurlionis in concerts in The Netherlands.

Mr. Auke de Boer has put some short pieces of M.K. Čiurlionis on the automatic drum for the hours beat on the carillons of the town hall in The Netherlands. 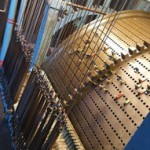 Opening honours were for Bauke Reitsma on the carillon of the Laurentius Church in Weesp, where he has installed “Oi giria giria” – his arangement of the Čiurlionis composition, as the tune for the ‘Quarter before the Hour’ beat. photograph: © Bauke Reitsma

It is the third time when Maestro Auke de Boer playing the carillons in Lithuania. In 2014 during the first his concert with carillons in Kaunas, only six people were listening to a concert in the park in front of the Museum in Reminiscence of the Great War… Before the concert we have visited the M.K. Čiurlionis National Museum of Art. My Friends from The Netherlands found how great is Čiurlionis and started to promote our Lithuanian artist and composer in abroad. In The Netherlands they organised one week of music of M.K. Čiurlionis in national radio, his music they included in the concerts in The Netherlands.

Prof. Joseph Johannes Visser all year was creating the artist’s book for Čiurlionis.

How not to say Thanks for quiet and wonderful work, for promoting our artist and Lithuania. 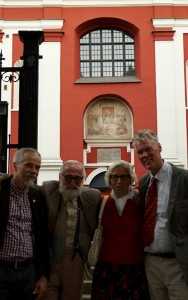 After the concert with Joseph, Janny & Auke

More information about the M.K. Čiurlionis’ project you can find in Joseph Johannes Visser website.