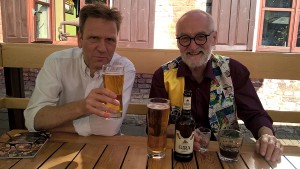 Christiaan Winter & Joseph Johannes Visser from the Netherlands in Uzupis, in Vilnius after all concerts

An artist, artist’s book creator, printmaker, composer, poet and translator, Artist’s Book Triennial jury member – Joseph Johannes Visser from the Netherlands again in Lithuania. This time he arrived with Prof. Christiaan Winter – carillonist, cantor and organist for participating in the “Pažaislis Music Festival”. They have made three concert in Vilnius, Kaunas and Elektrėnai. 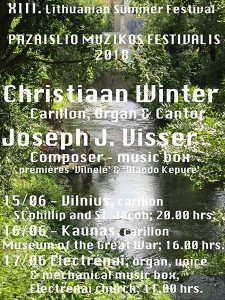 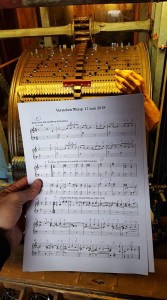 Prof. Joseph Johannes Visser wrote: “Čiurlionis, adapted for the instrument by Bauke Reitsma, before the half-hour beat in Weesp – Čiurlionis, this year, is the central composer for a group of musicians/artists in the Netherlands; that corresponds with Christiaan Winter, and myself for the coming weekend, Auke de Boer and Gijsbert Kok in August playing concerts in Lithuania, The Kaunas Trio playing in August in the Netherlands, with Bauke Reitsma and Auke de Boer playing ‘opening extra’s’ on carillon to welcome them – and I myself having my ‘The Three Mavis’ (a somewhat complex artist’s-book) in the ‘Memento Mori’ exhibition in the National Library of Lithuania < http://artistsbook.lt/blog/2016/01/23/8th-international-artists-book-triennial-vilnius-2018/ > from the 19th of June. We seem to have something of a cultural exchange going on, when indeed on top of all that there’s the 14. Internationale BuchKunstBiennale Horn 2018 in Austria (Toni Kurz -as the inspiring heart of the matter) gong till end of July, where again I am happy to have some fine pieces amongst a host of great works of the best European book-artists.” 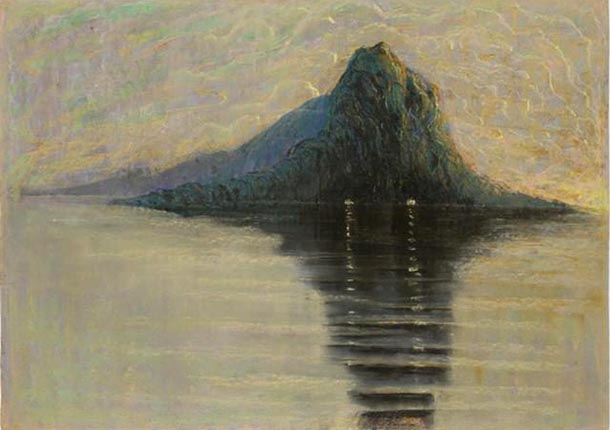 (Mikalojus Konstantinas Čiurlionis (1875–1911) was a Lithuanian painter, composer and writer. Čiurlionis contributed to symbolism and art nouveau, and was representative of the fin de siècle epoch. He has been considered one of the pioneers of abstract art in Europe. During his short life he composed about 400 pieces of music and created about 300 paintings, as well as many literary works and poems. The majority of his paintings are housed in the M. K. Čiurlionis National Art Museum in Kaunas, Lithuania.)