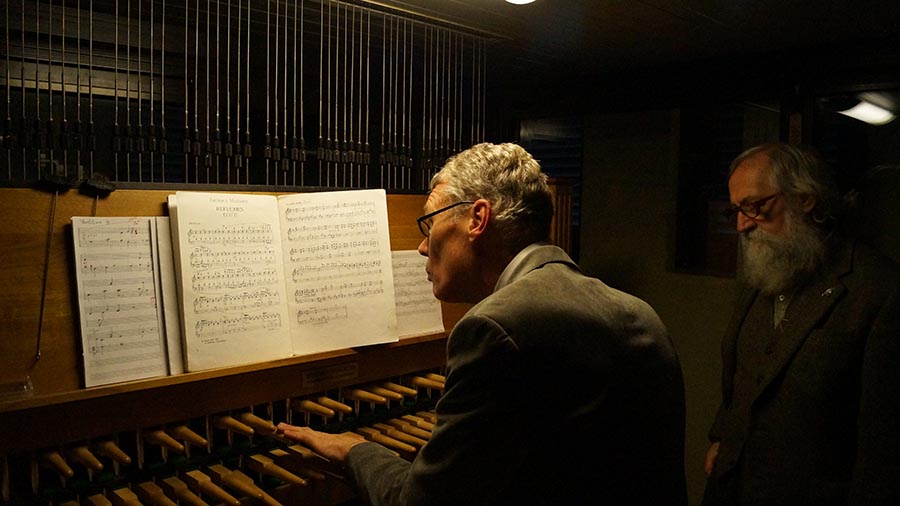 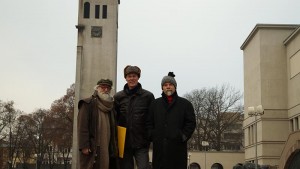 As part of the Bokartas’  “International Artist’s Book-Object Workshop 2014” in the first week of December, the Dutch composer, author and visual artist Joseph Johannes Visser, Danish artist Hanne Matthiesen and the Dutch musician Auke de Boer have been invited by prof. Kestutis Vasiliunas of the department of Graphic Arts and Book Arts at the Vilnius Academy to do a presentation of their work, and work that belongs to their artistic heritage at the ‘Vilnius Academy of Arts’ – ‘Vilniaus dailės akademija’, Lithuania.

The presentation will advanced by a concert on the 30th of November, on 4 p.m., on the carillon of the Vytautas and Great War Museum – ‘Vytauto Didžiojo karo muziejus’ where Joseph J. Visser and Auke de Boer will present the specimen of the artistst’s-book ‘Coastal Pieces’ to their hosts, the musicians/carilloneurs and composers Giedrius Kuprevicius and Julius Vilnonis.
This is an artist’s-book made by Joseph J. Visser with pictures, poems and musical compositions made for the carillon in Dokkum, where it was produced by the printer ‘Drukkerij Douma Dokkum’.

This occasion would mark the many international cultural exchanges between Joseph Johannes Visser (NL. 1946) and so many European artists since 1976 in projects of book-production, artistic workshops, exhibitions, concerts, biennales and triennials all emphasising respect for the human condition in a world full of conflict.
The collaboration with Auke de Boer is since 2000 ongoing with under more world premières of carillon and church-organ compositions in the Netherlands and Austria.

The program for this Kaunas concert consists of mainly original Dutch pieces of the last 100 years, and especially written for the instrument. It will also bring the old tradition of Dutch Music for bells beginning as early as 1500.

In this concert we have two European guests and special friends of Joseph J. Visser: one is the famous Bulgarian composer Julia Tsenova, Sofia, 1948-2010; the other, a special friend of Kestutis Vasiliunas and Joseph Johannes Visser, is the most prolific Danish artist Hanne Matthiesen, born in 1960.

The first intermezzo in this European Cultural Salute will be:
‘Get the Message’ by Julia Tsenova; a composition dating 2007,
followed by
‘Partition 4-5-6’ by Hanne Matthiesen; from ‘At Random’ a piece for music-box.

Last pieces in this concert will be by composers born after the 2nd world war, often called the generation of the ’60s.
‘Cantos’ by Joseph J. Visser (1946-heden).
These are airs from a larger series that were written specially for the carillon of the town hall in Dokkum to celebrate the 100 year of printing works of Drukkerij Douma Dokkum; the firm would make an initiative to enlarge the local carillon with lower bells, and they donated the lower E-flat bell.
‘Merie sungen the muneches binnen Ely’; the Early Middle English Texts: Winter Comes, Sorrow, & Lament, voor Beiaard (the 2009 version) by Joseph J. Visser,
the end of the concert will be the piece:
‘Reflexies’, from 1975 by Jacques Maassen (1947-2013)

The project is partly financed by the: The Ministry of Culture of the Republic of Lithuania and Lithuanian Council for Culture, for which we are most grateful.