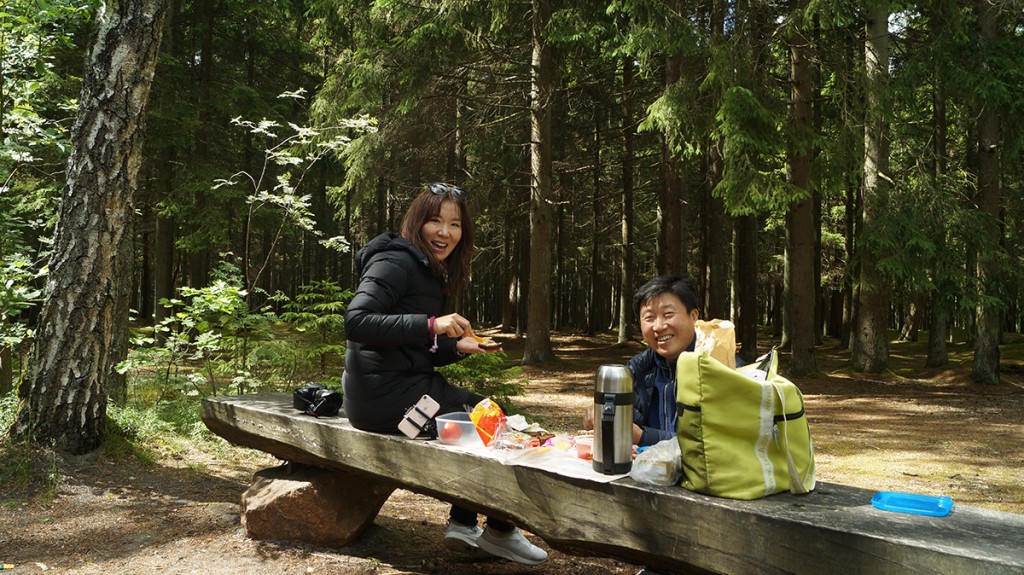 Lunch in the forest…

For our friends Chang-Soo Kim and his wife Jihyun Shim, who travelling in Europe for two months, we decided to show a little Lithuania. In 2009 when Chang-Soo Kim participated in the project “International Artist’s Book Workshop Vilnius 2009”, we had the journey with one night in Nida. This time we were visited some other places, only we come again to the Cross Hill, very impressive place, where we have been with all professors and students in 2009 in later Autumn, when it was very cold and wet. 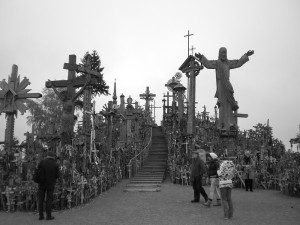 Cross Hill in 2009 – professors and students

So this time we have made about 900 km journey with the car by small roads, visiting monasteries, the Cross Hill and few small villages with old traditional churches. 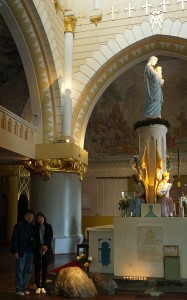 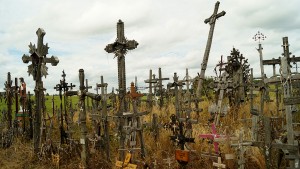 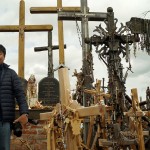 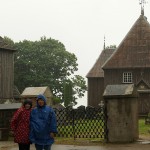 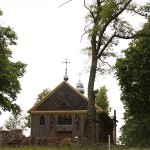 In the evening we went to Palanga, small town on the sea. Here we stay for a night in the hotel of Artists Association. 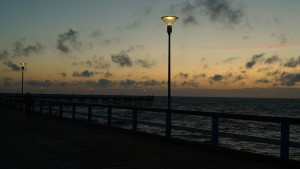 Bridge of Palanga at night

In the next day we visited Karkle and some natural parks around – it was strong wind and big storm, so it was big waves of the sea, nice colours and an impressive mood. 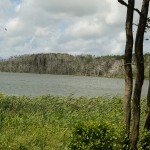 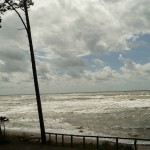 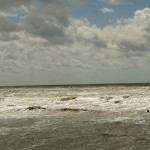 Storm in the sea

In the Park of Plaze Lake lives big colony of the great cormorant. The lake is near the sea. During the Soviet time Russian soldiers were washing military tanks in this lake…

We returned back to Vilnius in later night by the road near river Nemunas with few stops in Hillfort of Seredžius and old town of Kaunas. I would say in was a little pilgrim journey… But the nature and traditional sacral architecture in Lithuania is really impressive.