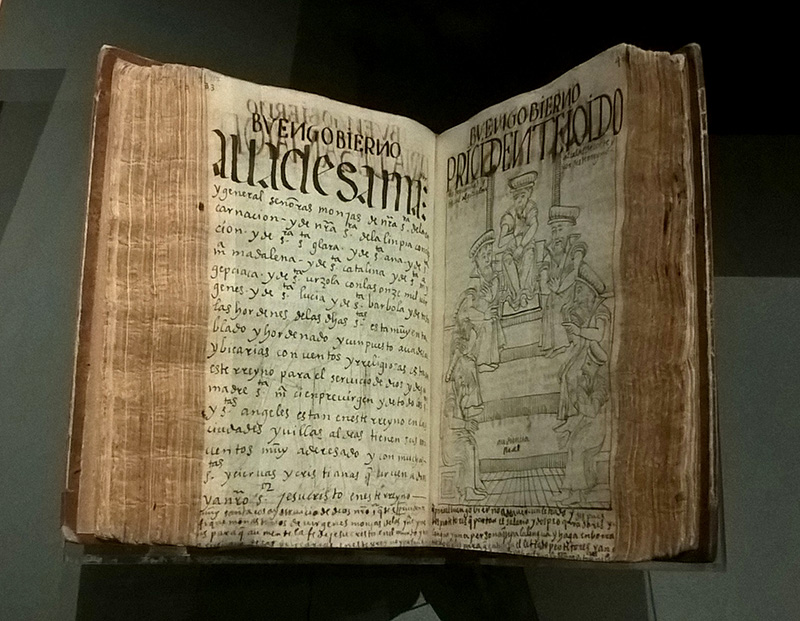 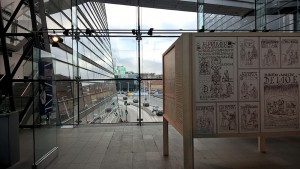 Exhibition in The Black Diamond

During our art journey to Denmark we have visited The Royal Library in Copenhagen where was exhibited Felipe Guaman Poma de Ayala “The First New Chronicle and Good Government” (“El primer nueva crónica y buen gobierno”). Wonderful Book, I can’t only share my impression and information about it. 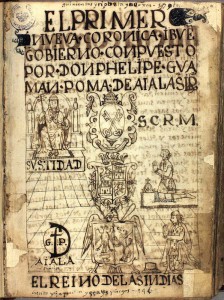 “Guaman Poma’s extensive so-called Inca Chronicle is an account of the history of the Andean region from the earliest times, as well as a series of proposed reforms of the Spanish colonial rule. The long prose text is written in Spanish with occasional use of Quechua, one of the local Indian languages. Poma himself both wrote the text by hand and drew the nearly 400 full page illustrations. These drawings graphically express the suffering of the people under Spanish rule.” – Official information of The Royal Library.

Maybe we could say that this Book – the first artist’s book made in Latin America: the idea, text and illustrations – Felipe Guaman Poma…