This is what is left-over 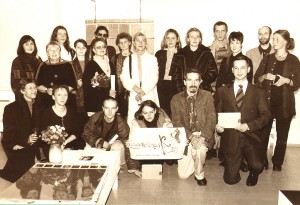 For the opening of the 1st Artist’s Book Triennial arrived 20 artists from Lithuania and abroad. We have been young and we have made funny photo together.

The Catalogue of the 1st Artist’s Book Triennial

For the 1st Triennial I decided to publish special conceptual catalogues. I wanted them to be in modern design, printed on good paper, whose sheets were ripped apart and binded by hand. The biggest problem which was and still is after 17 year, is binding manually, which requires a lot of work and time. However they have become unique and they have become the face of the Triennials. 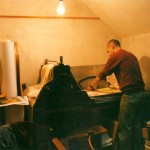 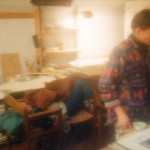 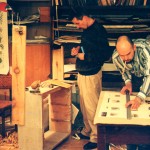 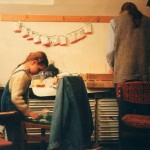 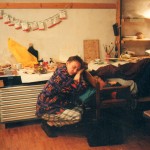 With the catalogue was a lot of manual work and I invited in my small art studio (17 m2) few my friends to help me to make this catalogue in time for the opening of the Triennial. In the beginning we had torn sheets of printed catalogue by hand with a ruler in many paper tapes. After we had to carve holes in the catalogues for the binding it with a rope. We were young and we had little children, so they were together with us almost all night. Children slept on a chairs, we were working. 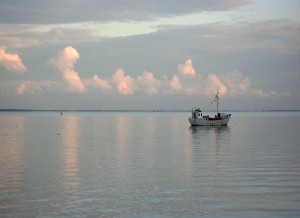 After the opening of the 1st Artist’s Book Triennial, I decided to show for my friends from abroad beautiful part of Lithuania – Kurshiu Neringa. Kurshiu Neringa, the Curonian Spit, is a narrow strip of sand stretching 97 kilometres along the Baltic Sea in western Lithuania. It was a beautiful September day when we were driving my old VW Passat to a small town – Nida (Nidden), located on the coast of Curonian Lagoon, near Russian border. From the late 19th century, the dune landscape around Nidden became popular with landscape and animal painters from the Kunstakademie Königsberg arts school. The local inn of Herman Blode was the nucleus of the expressionist artists’ colony (Künstlerkolonie Nidden). Lovis Corinth stayed here in 1890, followed by artists such as Max Pechstein, Alfred Lichtwark, Karl Schmidt-Rottluff, and Alfred Partikel, Ernst Kirchner, Ernst Mollenhauer, Franz Domscheit and Herrmann Wirth. The painters usually took accommodations at Blode’s hotel, and left some of their works with him. 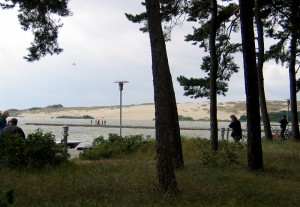 In 1929 Nobel Prize-winning writer Thomas Mann visited Nida (Nidden) while on holiday in nearby Rauschen and decided to have a summer house erected on a hill above the Lagoon, mocked as Uncle Tom’s Cabin (Onkel Toms Hütte) by locals. He and his family spent the summers of 1930–32 in the thatched cottage, parts of the epic novel Joseph and His Brothers (Joseph und seine Brüder) were written here. 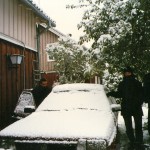 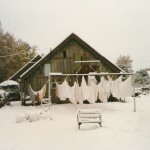 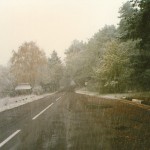 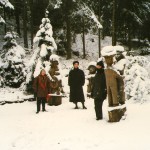 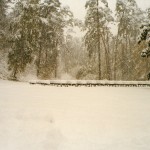 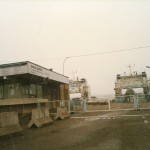 For a night we stayed in the fishing village – Juodkrane (Black Shore). When we awoke in the morning, it was winter… Snow was on the green trees, snow was on an red apples, on the road…

Photos made with Film Cameras.

Kestutis Vasiliunas
curator of the Triennial